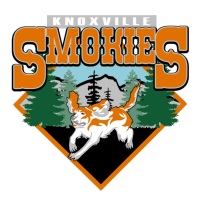 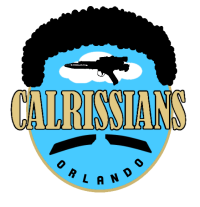 If there was one constant for the Knoxville Smokies in their debut season, apart from manager Snuff Wallace’s colorful comments, it was change.  Owner/GM Jeremy Mills was seemingly unable to resist constantly tinkering with his roster, even as his team maintained a steady division lead throughout most of the second half.  Mills couldn’t pass up the opportunity to make a trade, or try a new face from the minors.  The constant roster churn seemed not to hurt his team, as they made it all the way to the Patriot Series before falling.

As the PBL’s second season approaches, Mills has shown no signs of slowing down his high-frequency trading.  This week, the Smokies made another blockbuster deal, shipping 1B Malcolm Bryant and 3B Ronnie Aceuedo to the Orlando Calrissians for 3B Curt Figueroa and a 3rd-round draft pick.

“I love trades,” said Mills.  “Trades are a wonderful thing.  I can’t get enough of them!  I love trades more than I love life itself.”

Bryant leaves Knoxville on somewhat contentious terms.  The 31-year-old had a fine season with the Smokies, hitting .287 with 34 homers and 104 RBI, along with an excellent batting eye and a solid glove.  But Bryant was bumped from his first-base job in midseason after Knoxville acquired Eddie Battin from Jackson.  Bryant accepted the change without any public grumbling and continued putting up quality numbers.

But after Bryant heard rumors that he’d been left unprotected in the expansion draft, it was the last straw.  He went to the Knoxville front office and demanded a trade.

“I got jerked around by the Knoxville organization,” said Bryant.  “All I did was do my job, hit well, and be a professional.  But they go and bring in another guy who plays my position for no good reason.  I didn’t say anything, just did my job.  And then they don’t even protect me?  That’s garbage.  When I heard that, I called Snuff and asked him what the hell was going on.  He said it wasn’t his decision.  I said, ‘It seems like someone up there in the organization hates me.’  He said, ‘It sure seems like it.’”

Bryant’s bat will be a most welcome addition in Orlando.  The Calrissians had a dismal year offensively in 2016; they finished next to last in the league in batting average, OPS, and runs scored.  Bryant figures to be Orlando’s cleanup hitter next season.

“When I heard we were getting Malcolm Bryant, I could hardly believe my good luck,” said Calrissians manager Logan Bothan.  “I got to see him up close last season, and I kept saying to myself, ‘Man, we sure could use a guy like that in our lineup.’  He gives our offense an instant boost.”

Aceuedo came to Knoxville in the Patriot League’s first trade, as the Smokies acquired him from Jackson for reliever Butch Turnbull.  Widely expected to be a marginal player at best, Aceuedo surprised most observers with a decent season, batting .266 with 14 homers and 58 RBI.  He found himself on Wallace’s bad side, though, when he left the final game of the regular season in the 4th inning for personal reasons.  Wallace fined Aceuedo for the truancy, and reportedly never trusted him fully afterward.  He projects to start at the hot corner for Orlando.

“Ronnie is a good professional hitter,” said Bothan.  “Which might sound like a backhanded compliment, but if you saw our lineup last year, you know it’s not.”

For Knoxville, the key to the deal is Figueroa.  The 27-year-old had a mildly disappointing season for the Calrissians in ’16, batting .258 with 23 dingers and 72 RBI.  Knoxville is betting on a bounce-back season from the third sacker.  From the Smokies’ perspective, they’re dealing from a surplus of first basemen in hopes of getting an upgrade at third.

The draft pick involved originally belonged to Knoxville.  They shipped it to Orlando as part of a deadline deal to upgrade their rotation.  With this deal, the Smokies get their pick back.

The Calrissians seemingly have the most short-term upside in the deal, as they get some badly-needed thump in the heart of their order while maintaining stability at third.  But if Figueroa has a monster season, or if the draft pick turns out to be a future star, the balance could tilt toward the Smokies.

Either way, one thing you can count on is more deals from the Smokies.  “Oh, there are definitely more deals to come,” said Mills.  “It’s not enough.  It’s never enough.”

This site uses Akismet to reduce spam. Learn how your comment data is processed.